The National Chiang Kai Shek Memorial Hall is one of the most famous landmark in Taiwan. The memorial hall was built to honor Chiang Kai Shek, the former president of China.

How to Get Here?

Just ride the red or the green MRT Line. Then, go down at Chiang Kai-Shek Memorial Hall or the CKS Memorial Hal.

We made a map so everybody can refer to this when visiting the landmark. The map is not very detailed but it has the essential parts of the complex. 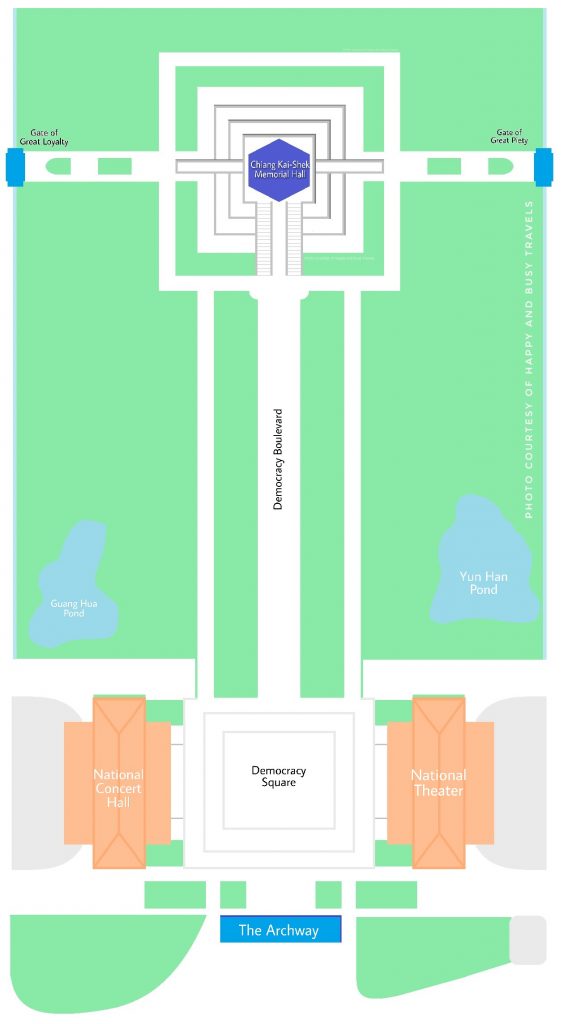 While on our way to the memorial hall ,we also passed by the National Central Library, which is just in-front of the complex. 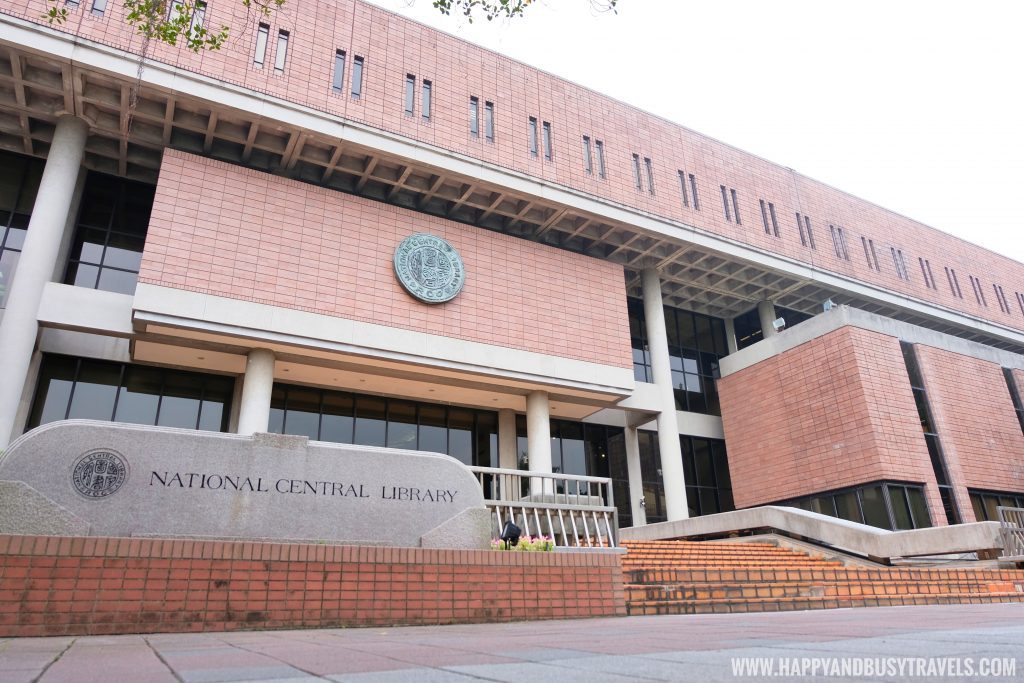 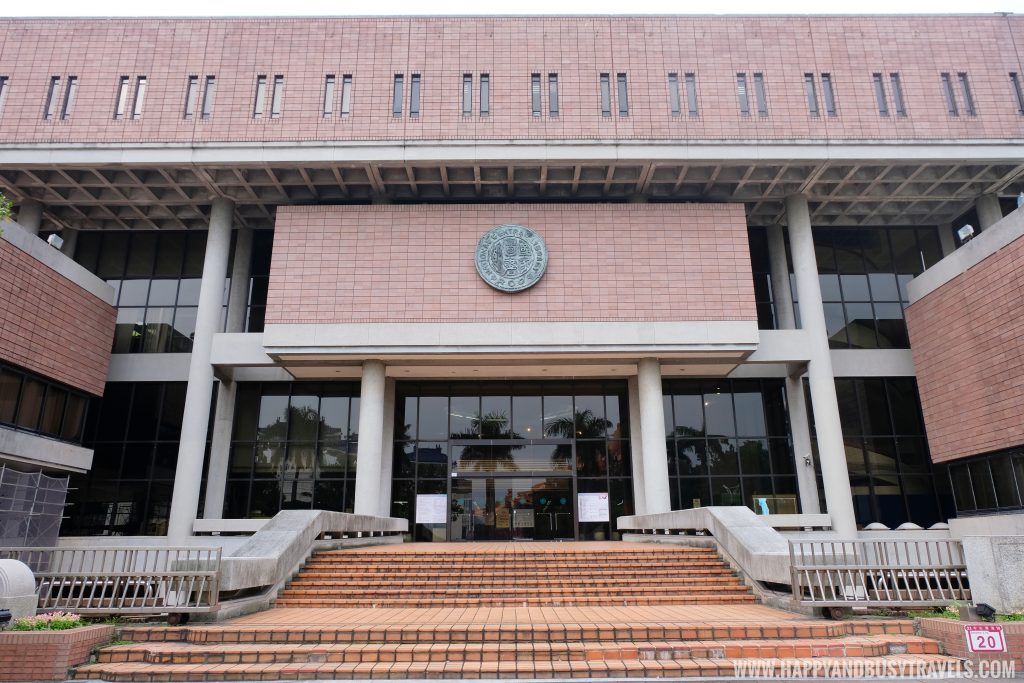 One of the most famous structure in the complex is this archway.

This is the introduction to greatness… 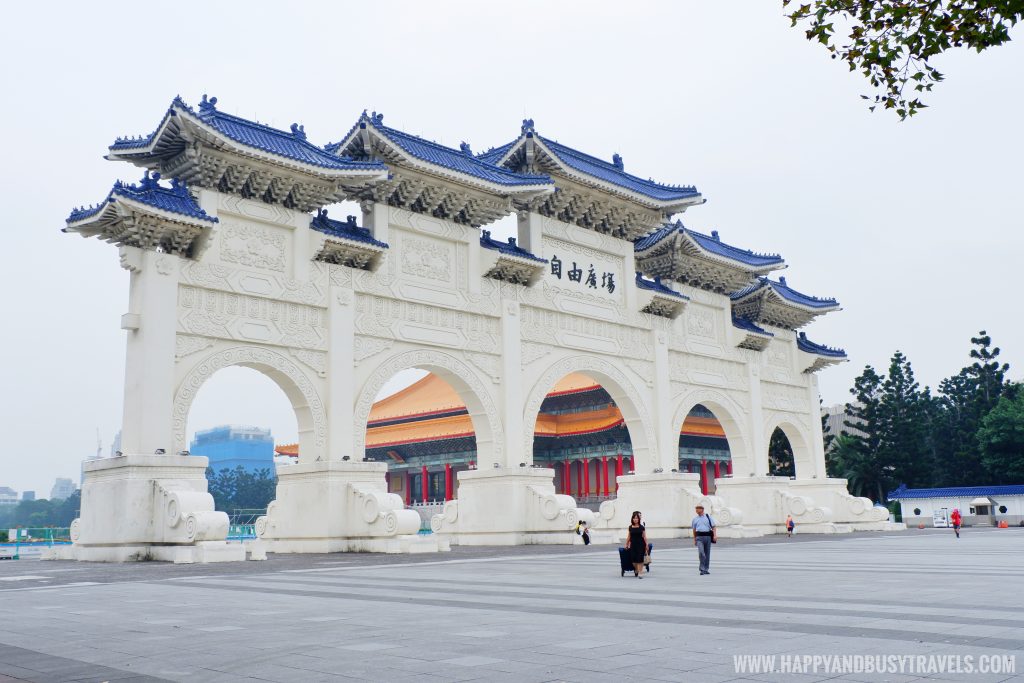 After entering the archway, the Democracy Square is the first portion that we saw.

It is a large area wherein people pass by or sometimes use it as a gathering area. 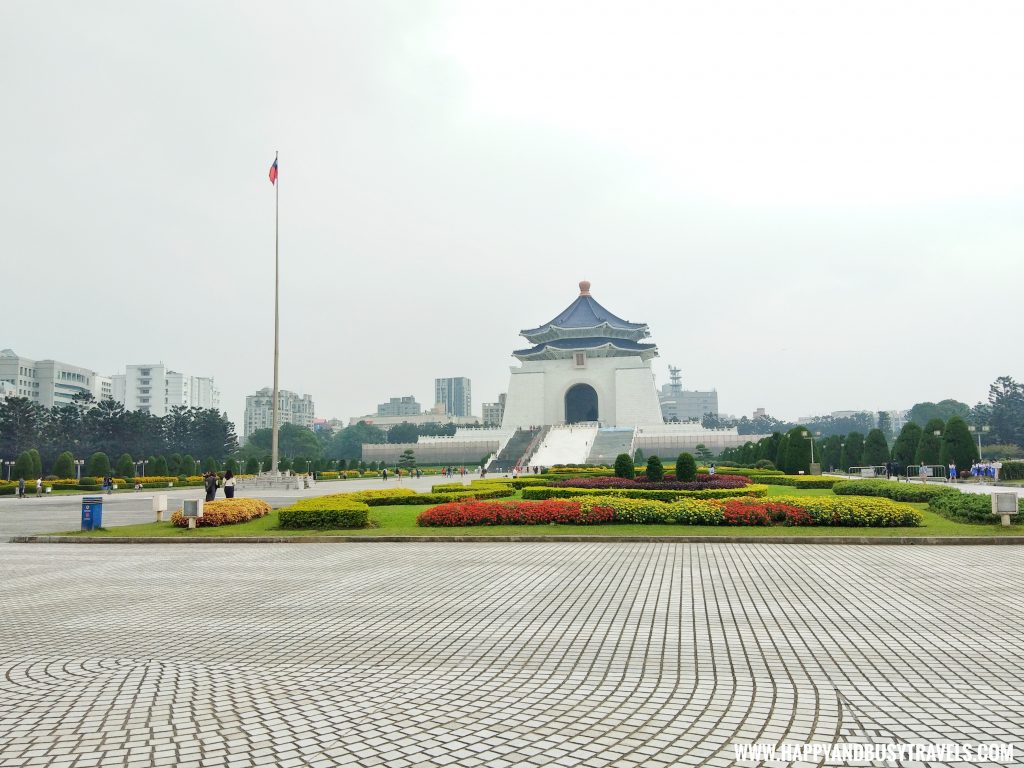 There are two main structures beside the democracy square, the National Concert Hall and the National Theater. 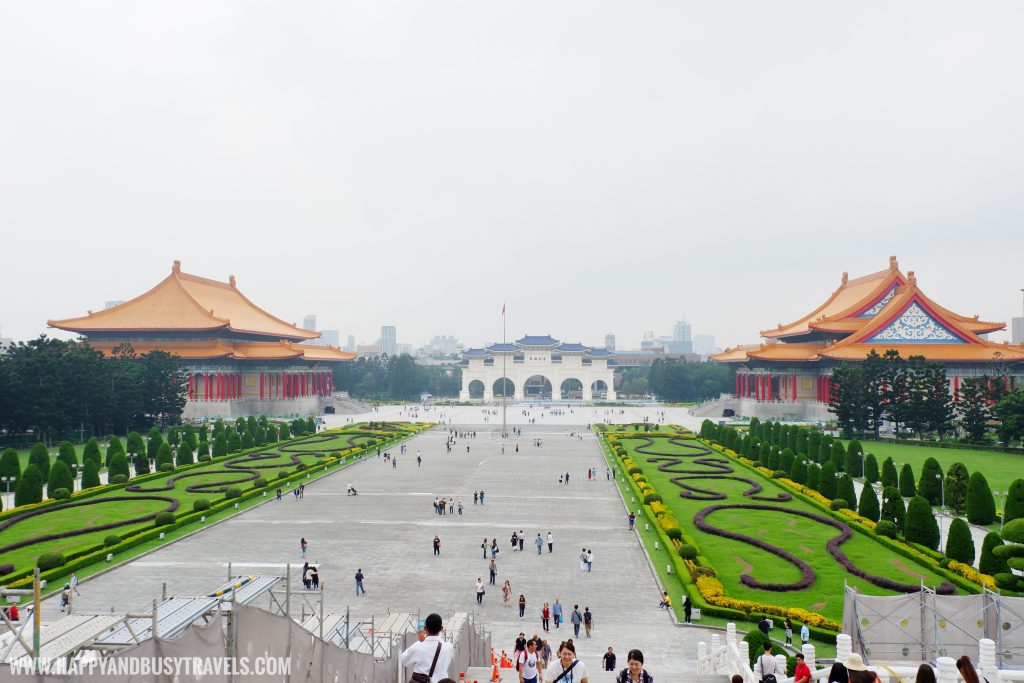 The structure at the left side of the democracy square (after entering the archway) is the National Concert Hall. 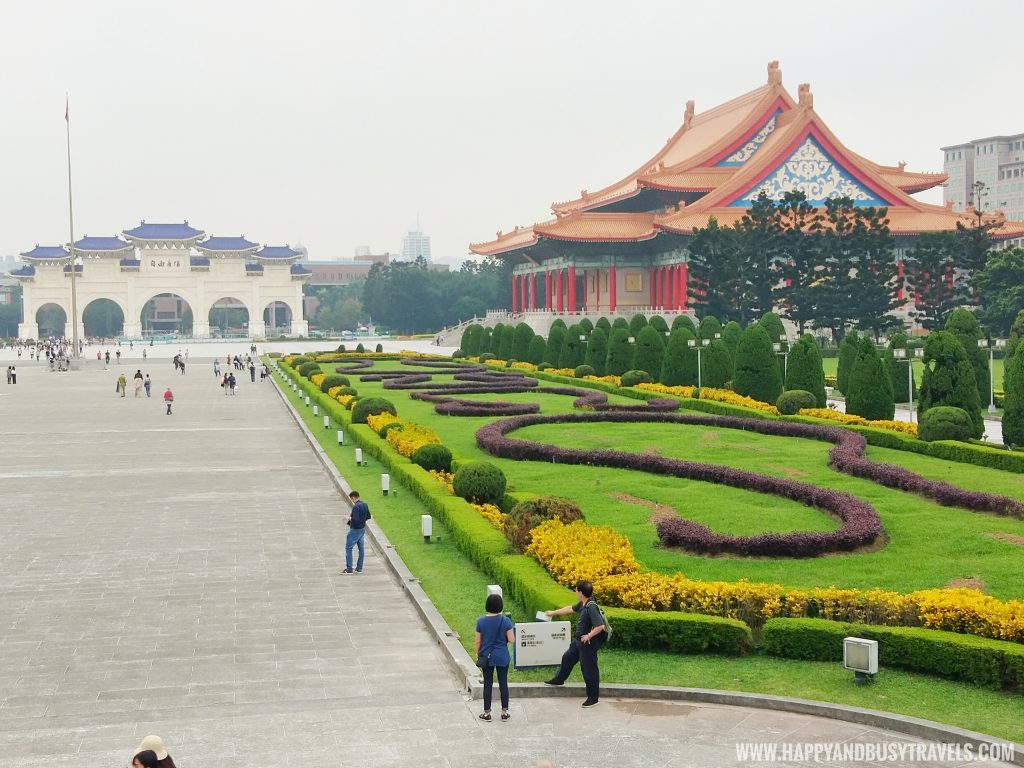 As the name suggests, there are a lot of concerts held here. 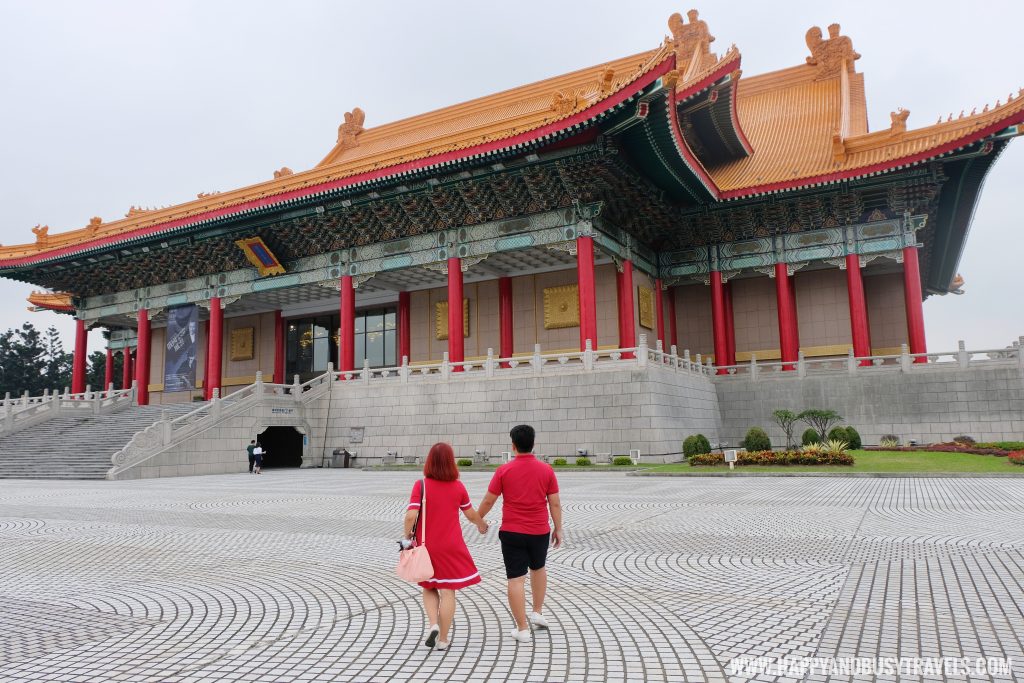 We planned to go inside the structure, but there is an on-going event. So, we just took some photos outside. Just Busy here in the picture below, he was taking a picture of something… 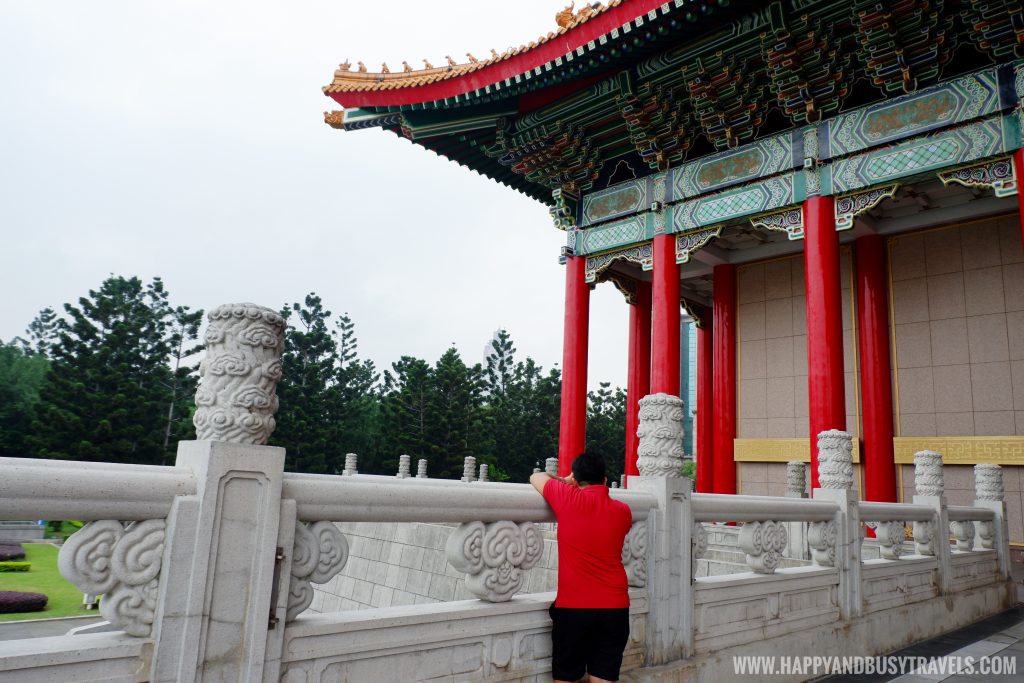 Oh he is just taking a picture of me, camouflaging with the columns. 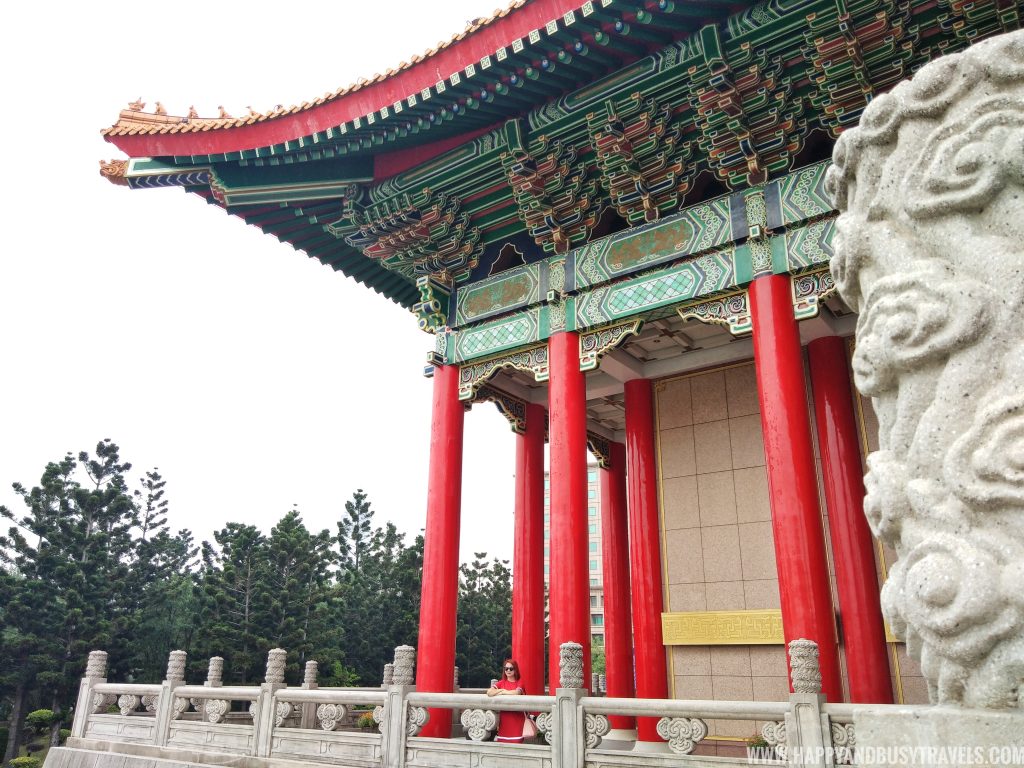 On the other side, the National Theater is located.

Just like in the National Concert Hall, we also planned to go inside this National Theater. But, there is an on-going event too! 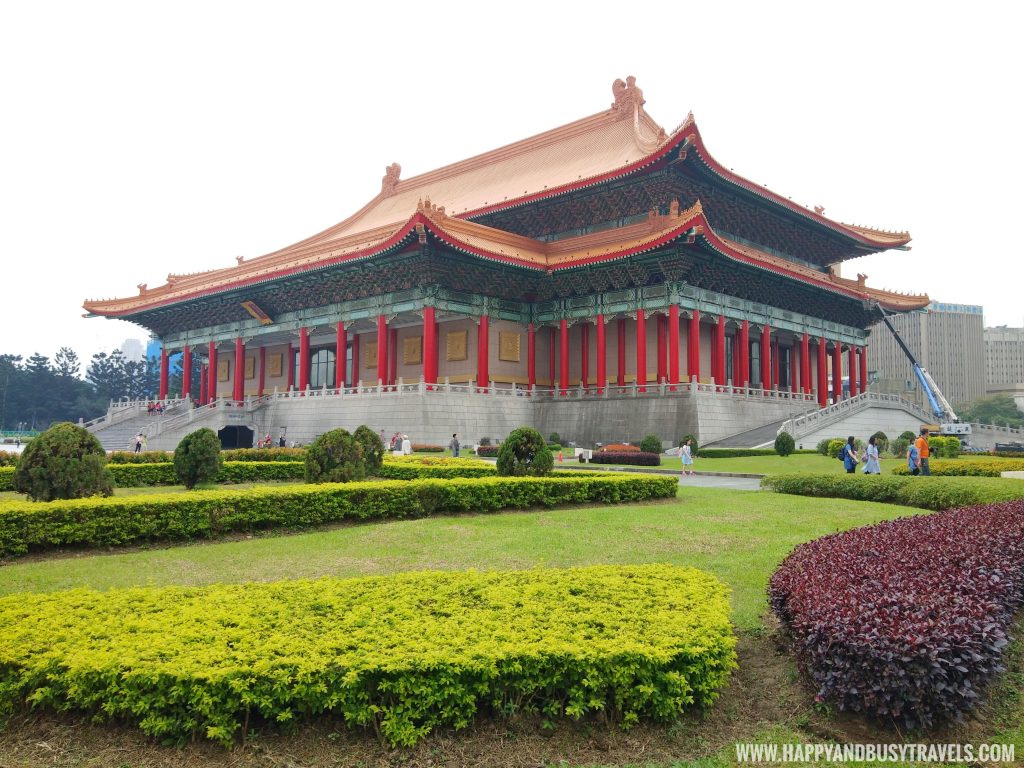 There are kids who are practicing their dance steps just outside the theater, the complex is really a good place to do this because it is huge. 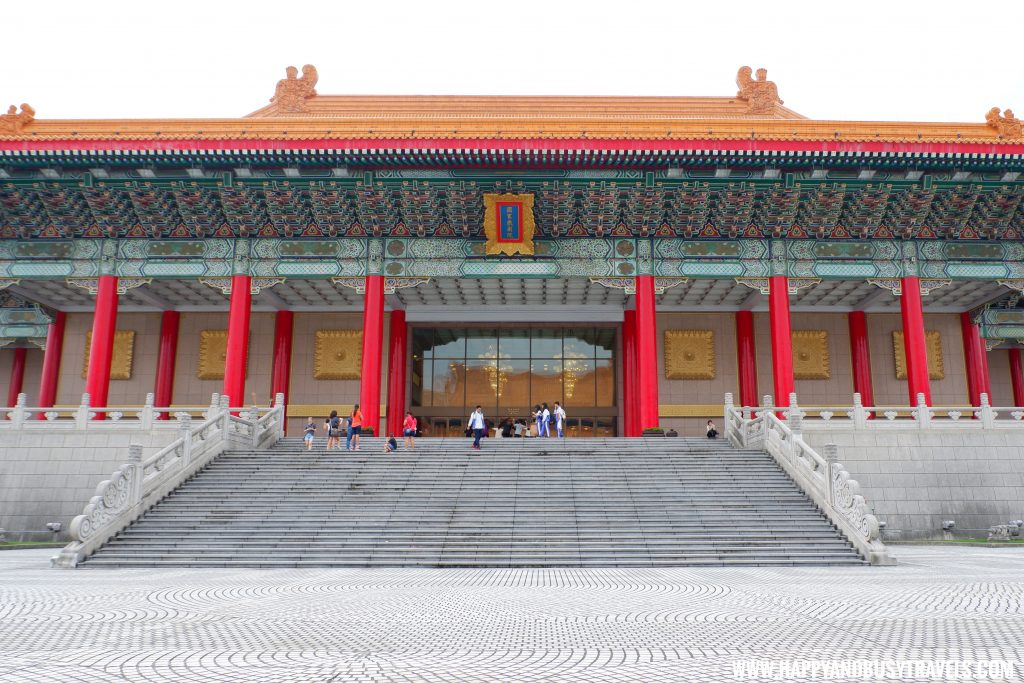 Busy loves the composition of any structure so he just looked at these, and took some photos. 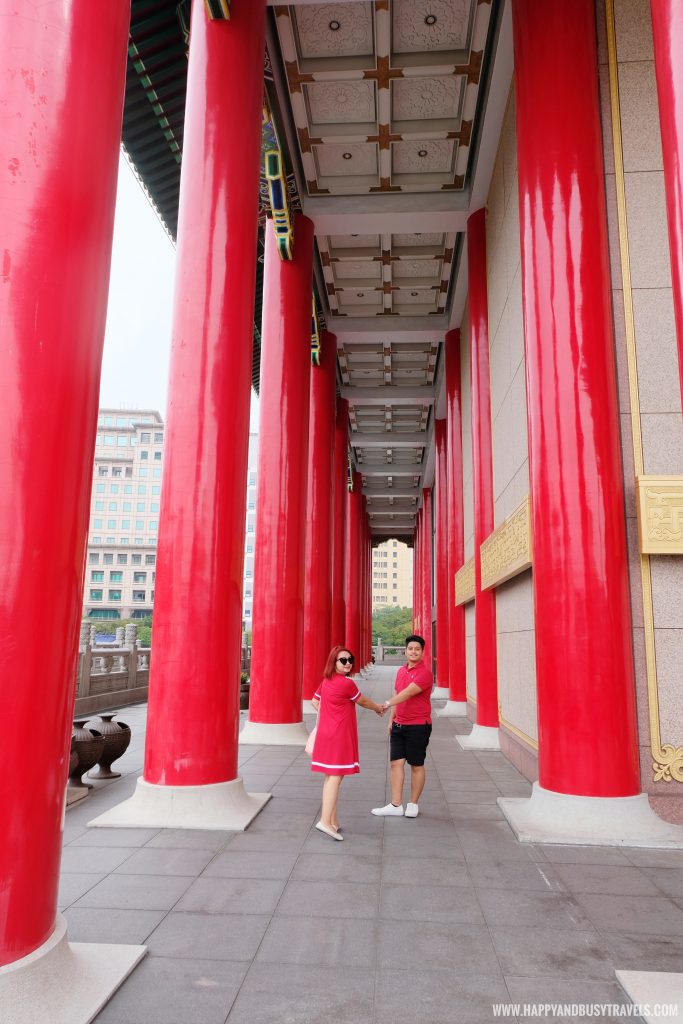 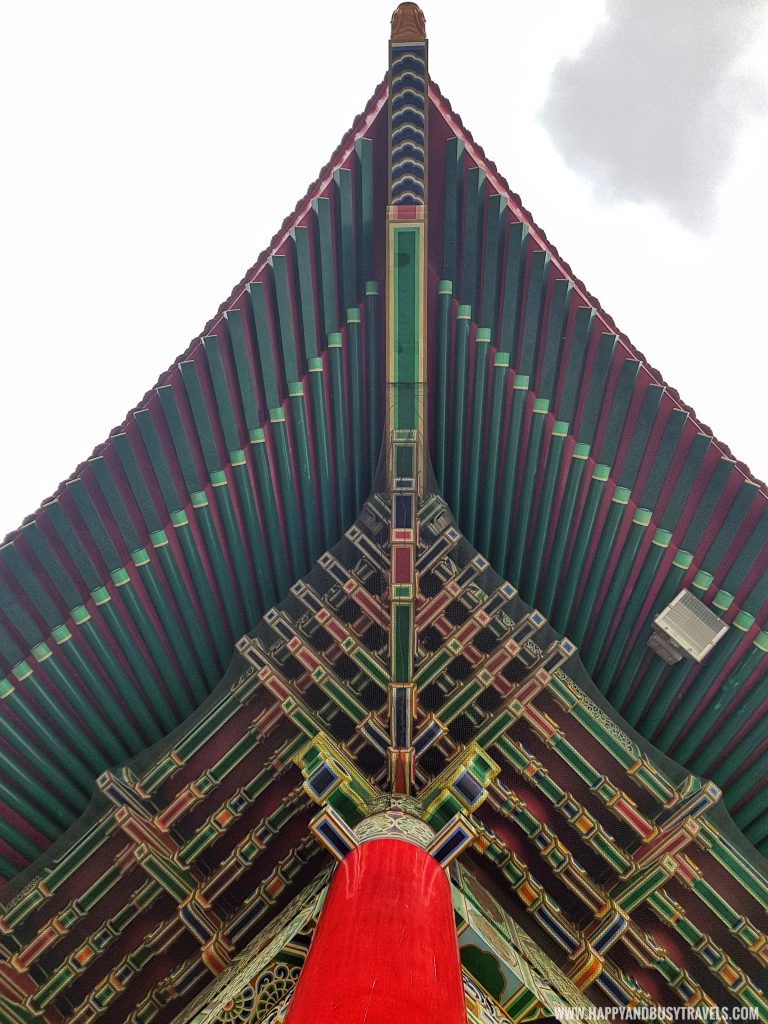 Finally, the main feature of the complex is the memorial hall. 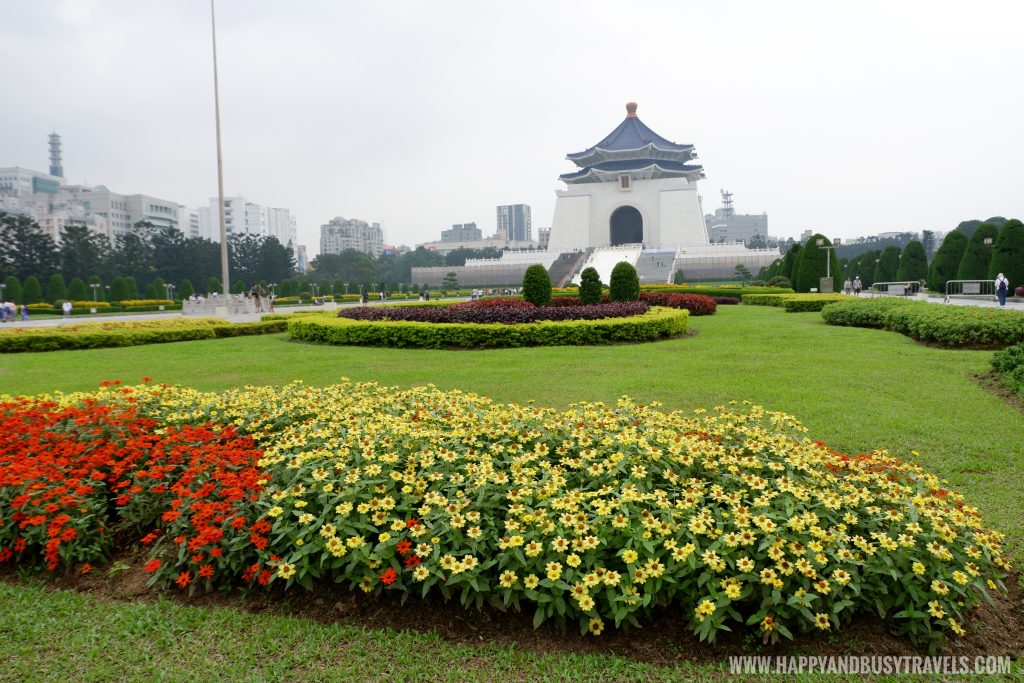 There was a construction during our visit, they were fixing the middle portion of the stairway. There is an art on the middle. 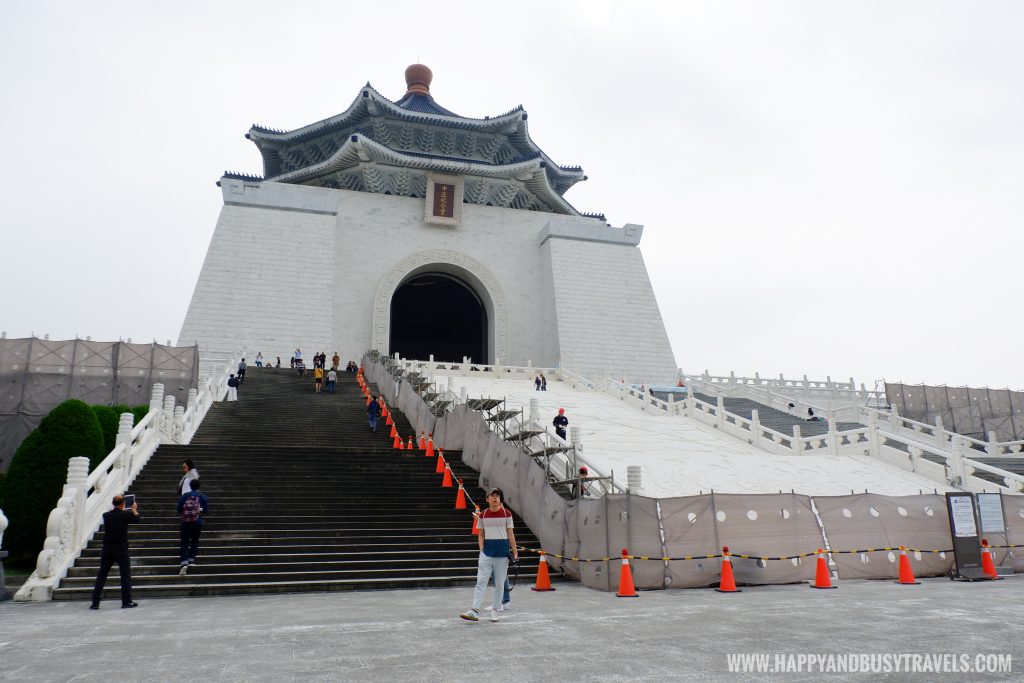 We reached the memorial hall after 86 steps through the stairs. 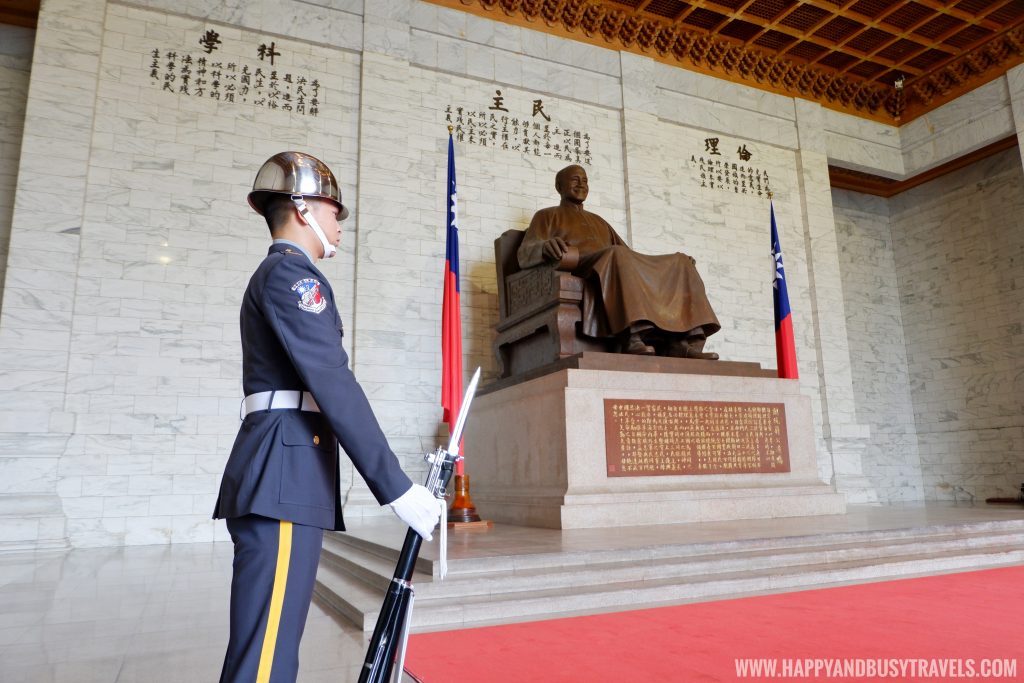 The actual statue of Chiang Kai Shek can be found inside. It is guided by two guards, and there is a ceremony wherein the guards changes every hour. 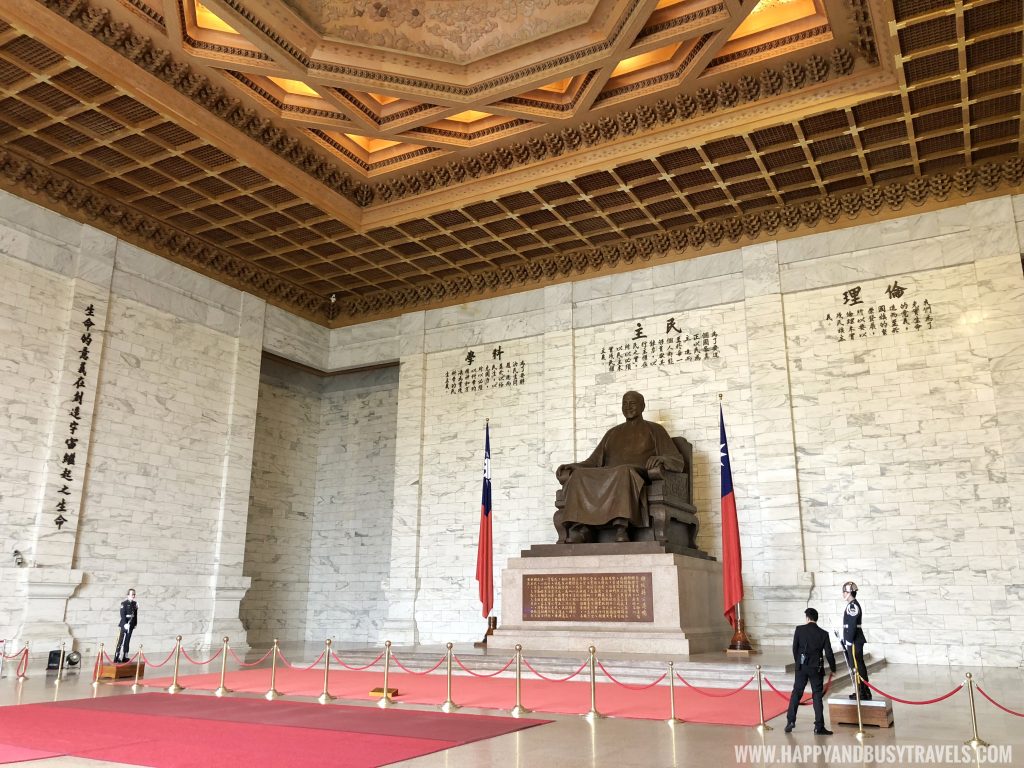 We waited for the guards to change, it followed the schedule, but we left after a few minutes because it will take a lot of time if we finish the ceremony. 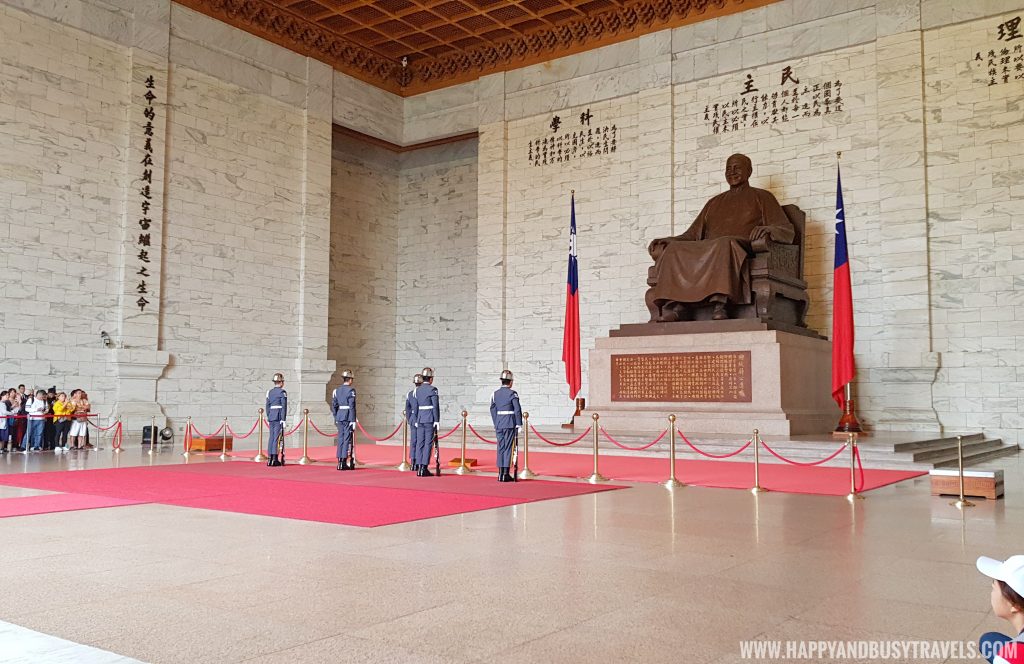 There are three main words at the back of the statue, it says Ethics, Democracy, and Science. Then, there are also scriptures at the left and right side of the hall. It translates as “The purpose of life is to improve the general life of humanity” and “The meaning of life is to create and sustain subsequent lives in the universe.” 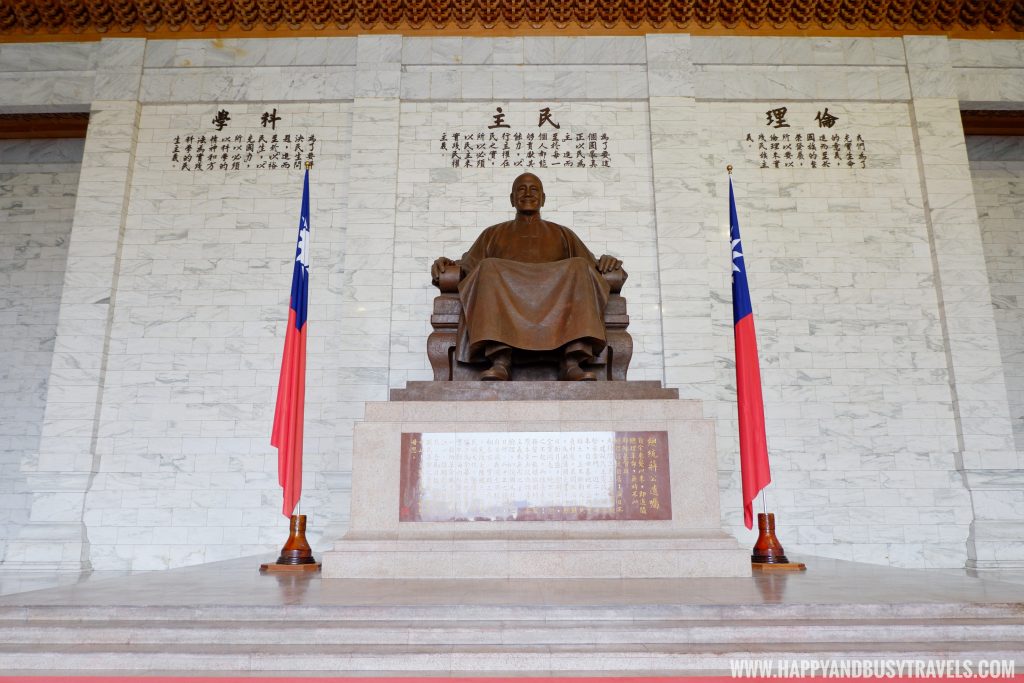 It’s so easy to locate and to go to.

There are no entrance fees. 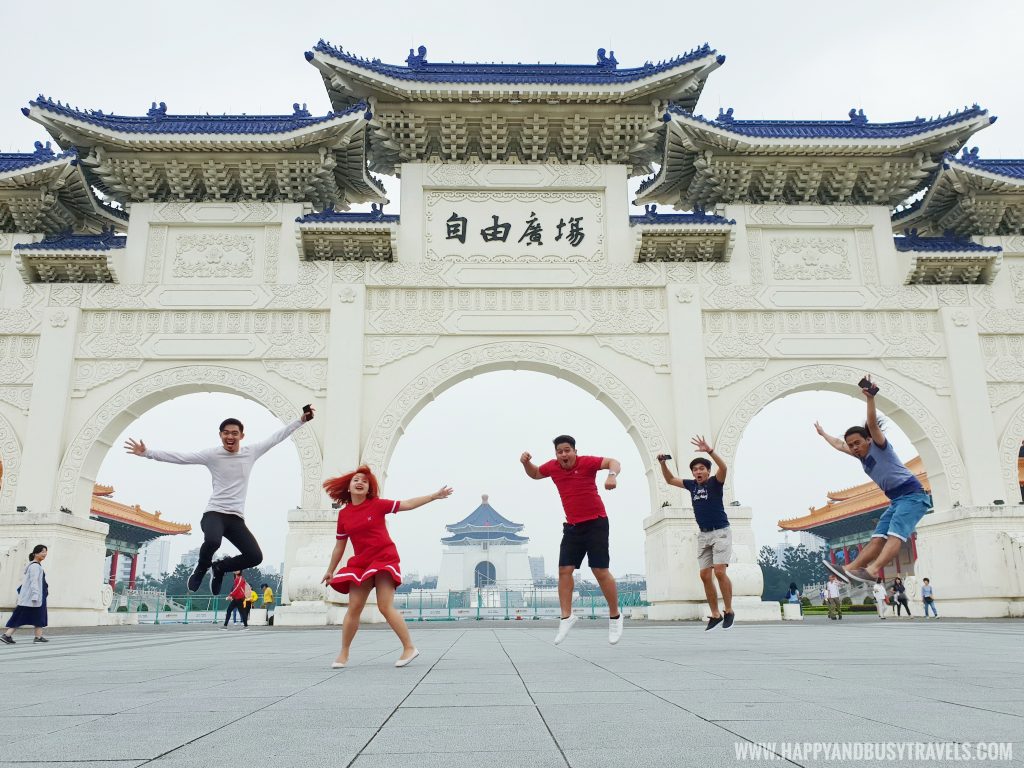 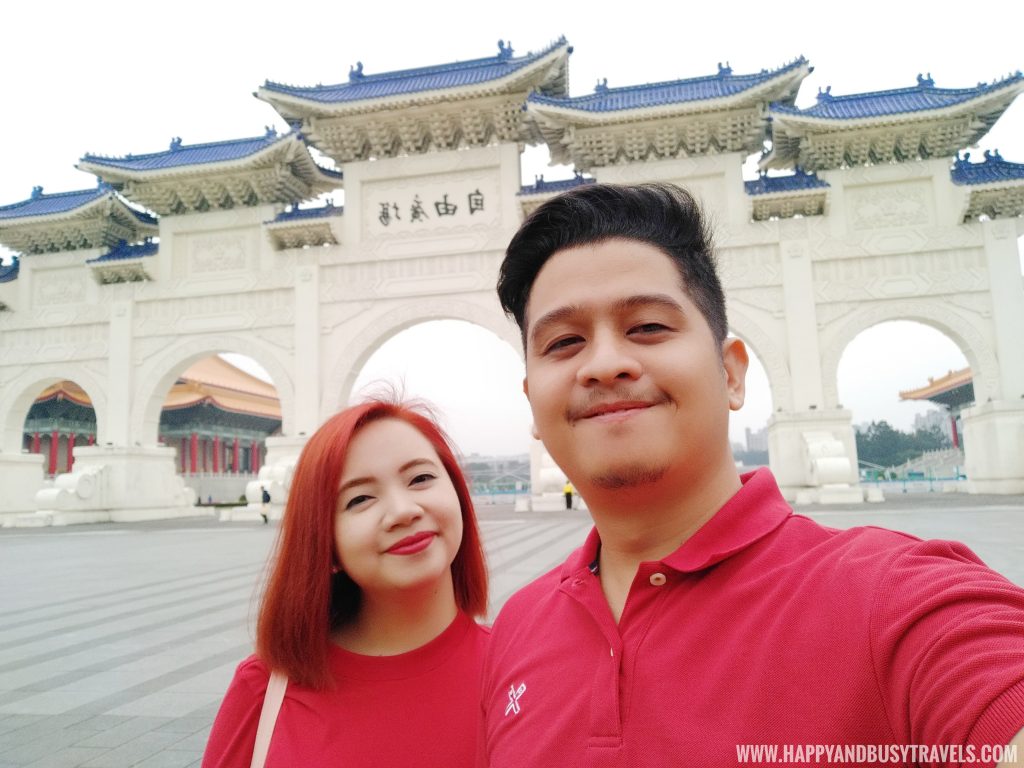 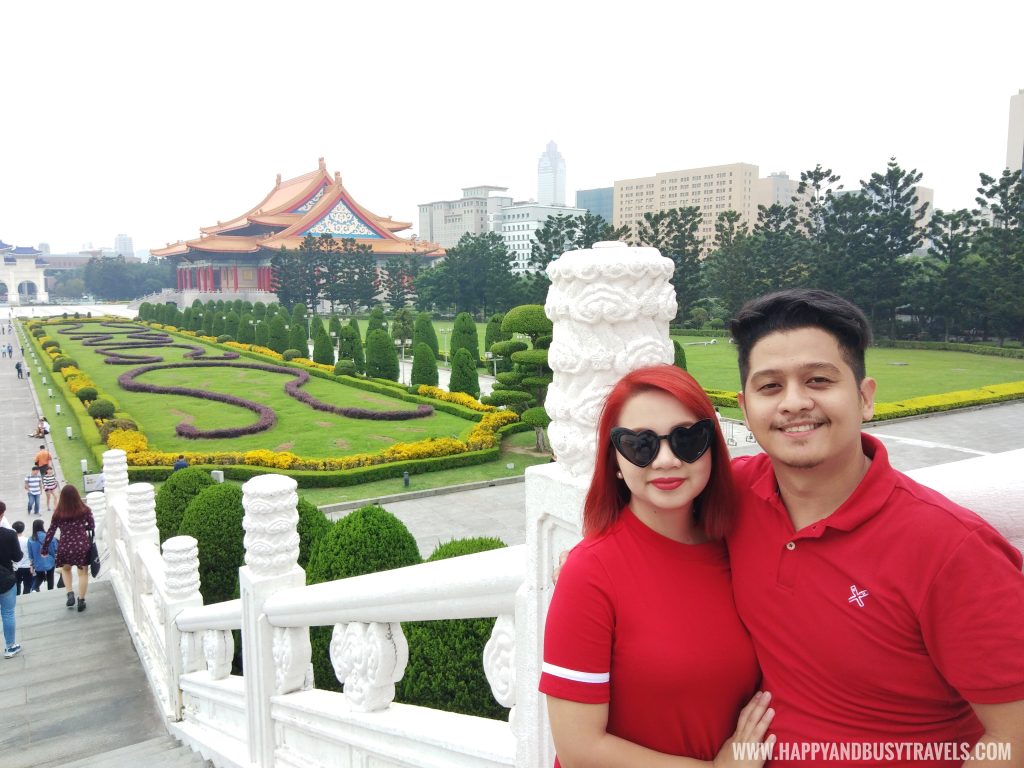 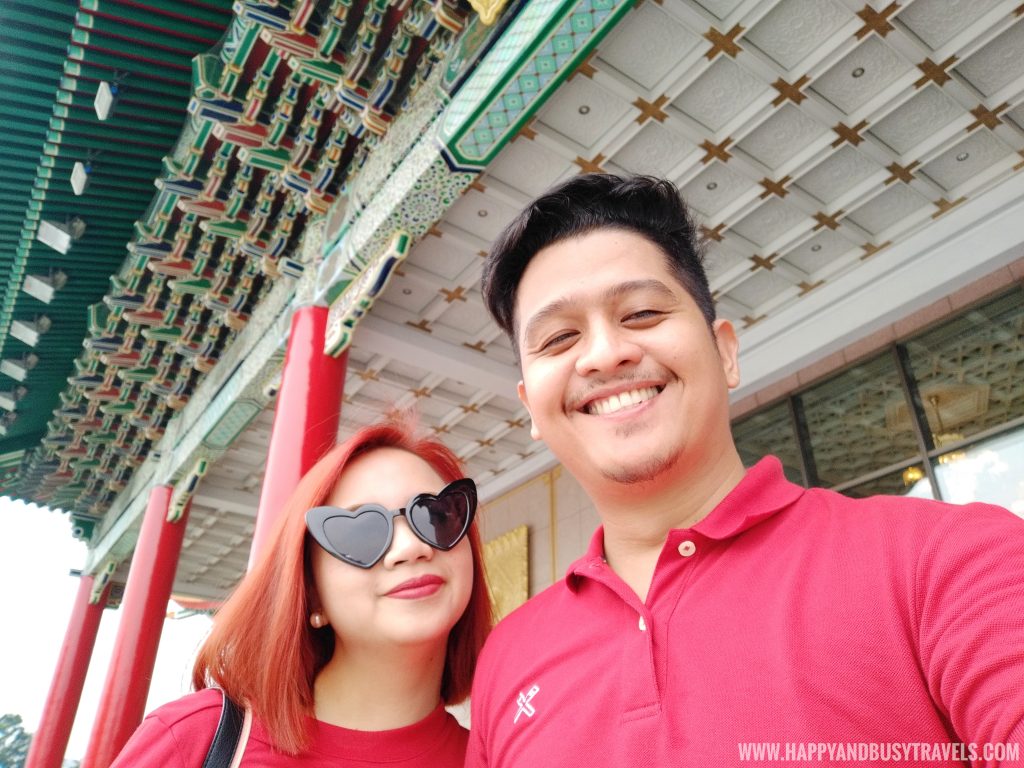 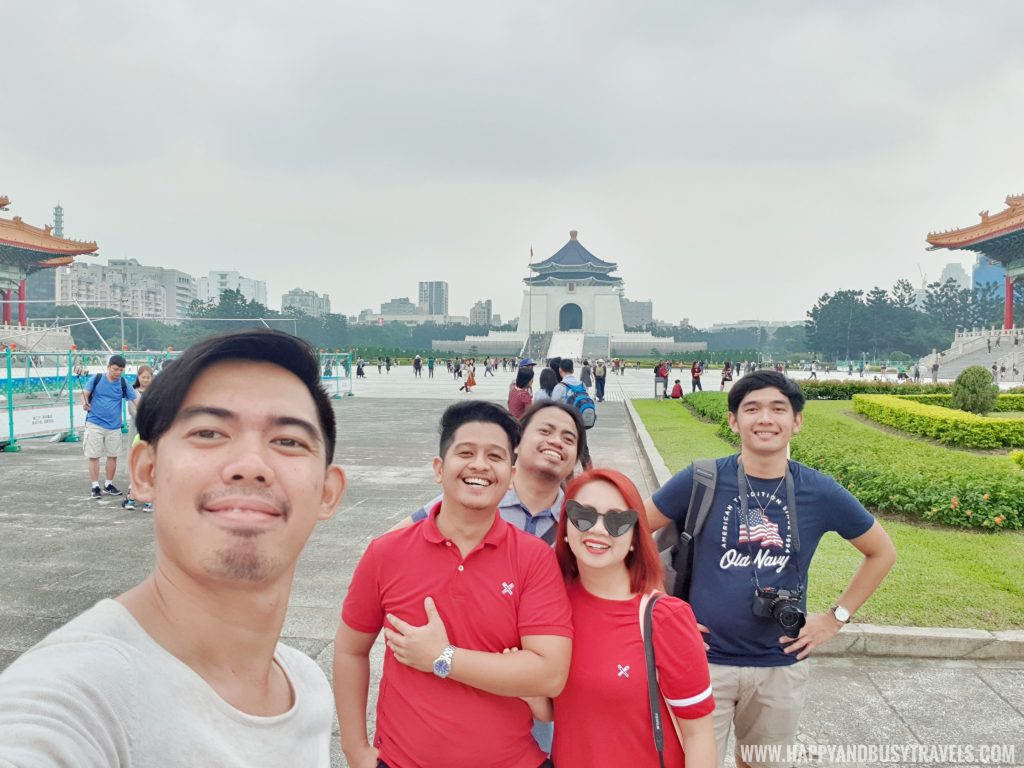 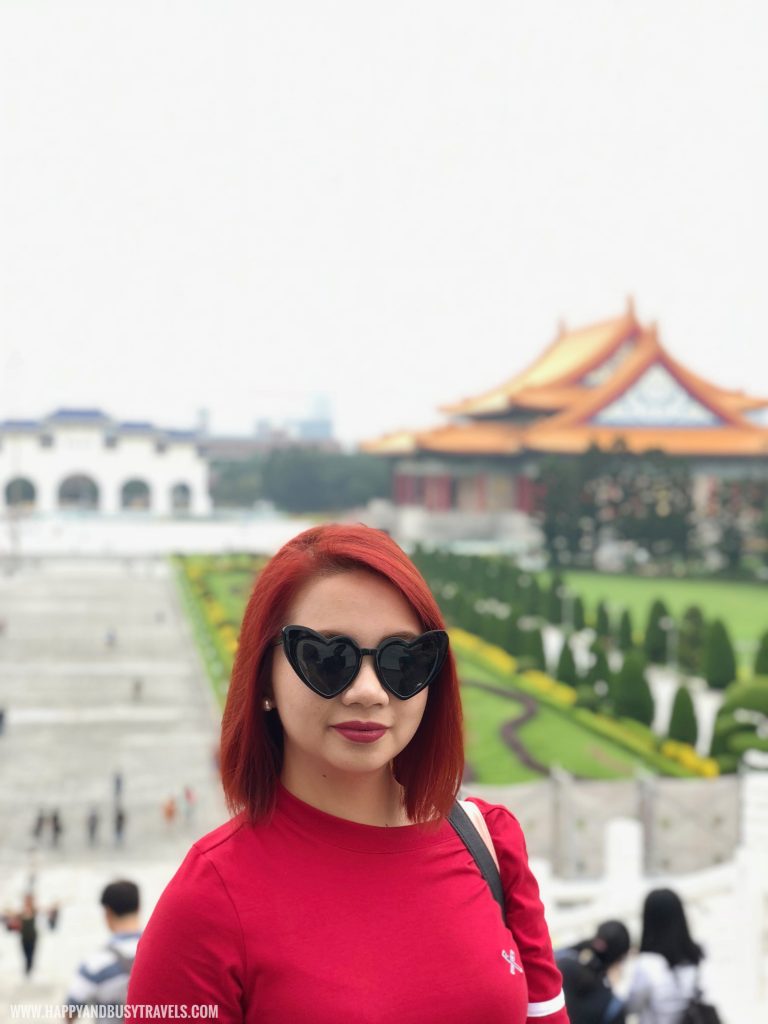 Happy and Busy would like to thank our friends

Kel Sarabia of Daylight Wanderers – Happy’s bestfriend, he provided some of the photos.